Gums are some abnormal pathological products produced by plants usually as a protective after injury or under certain unfavourable conditions of growth. They are usually produced by the dissolution or conversion of the cell walls of tissues to form sticky thick fluids, which on exudation or exposure to atmosphere solidify and turn to amorphous, translucent solid. They are soluble in water and yield viscous, adhesive solutions or swell up in a jelly-like mass by absorbing moisture. Chemically, they are composed of calcium, potassium and magnesium salts of polyuronides. On boiling with. dilute acids they yield mixtures of sugars and organic acids. Gums are used in pharmacy as adhesives, binders and as emulsifying and suspending agents.

Examples of some gums obtained from plants are described below in the form of Monographs.

Acacia consists of the dried gummy exudate from the stems and branches of Acacia Senegal Wild. and other related African species of Acacia. They belong to the family Leguminosae. 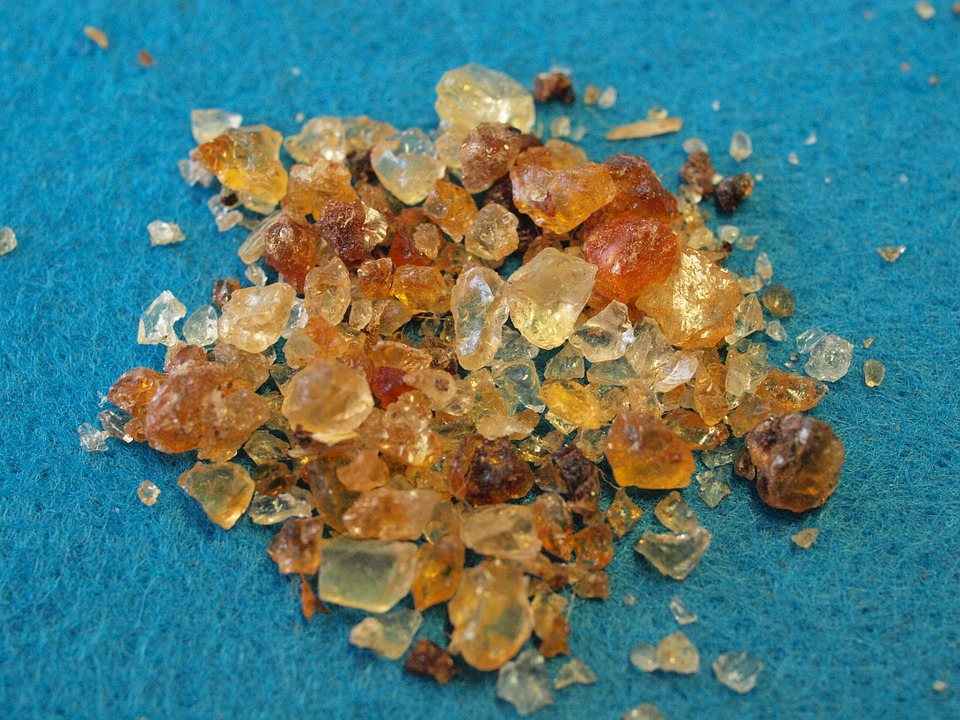 Acacia plants grow freely in both East and West African countries. Most of the commercial supply of the drug comes from these countries.

Acacia occurs in rounded or ovoid tears or angular fragments, varying from 0.5 to 3.0 cm in diameter. Tears are externally dull whitish or yellowish with numerous minute fissures, opaque. They are brittle, breaking into shiny and glassy fragments. Acacia is odourless but has a bland, mucilaginous taste. Powdered Acacia is white to yellowish white in colour and contains few or no starch grains or vegetable tissues. It is soluble in water, but insoluble in alcohol.

The principal constituent of Acacia is arabin which is a complex mixture of calcium, potassium and magnesium salts of arabic acid. On hydrolysis it yields L-arabnose, L-rhamnose, galactose and glucuronic units.

Acacia is used as a suspending agent, a demulcent and in tablet granulation. It is a gum of choice for pharmaceutical preparations.