Capsicum consists of the dried ripe fruits of Capsicum minimum Roxb. and also of Capsicum frutescens Linn., which are perennial shrubs of the family Solanaceae. 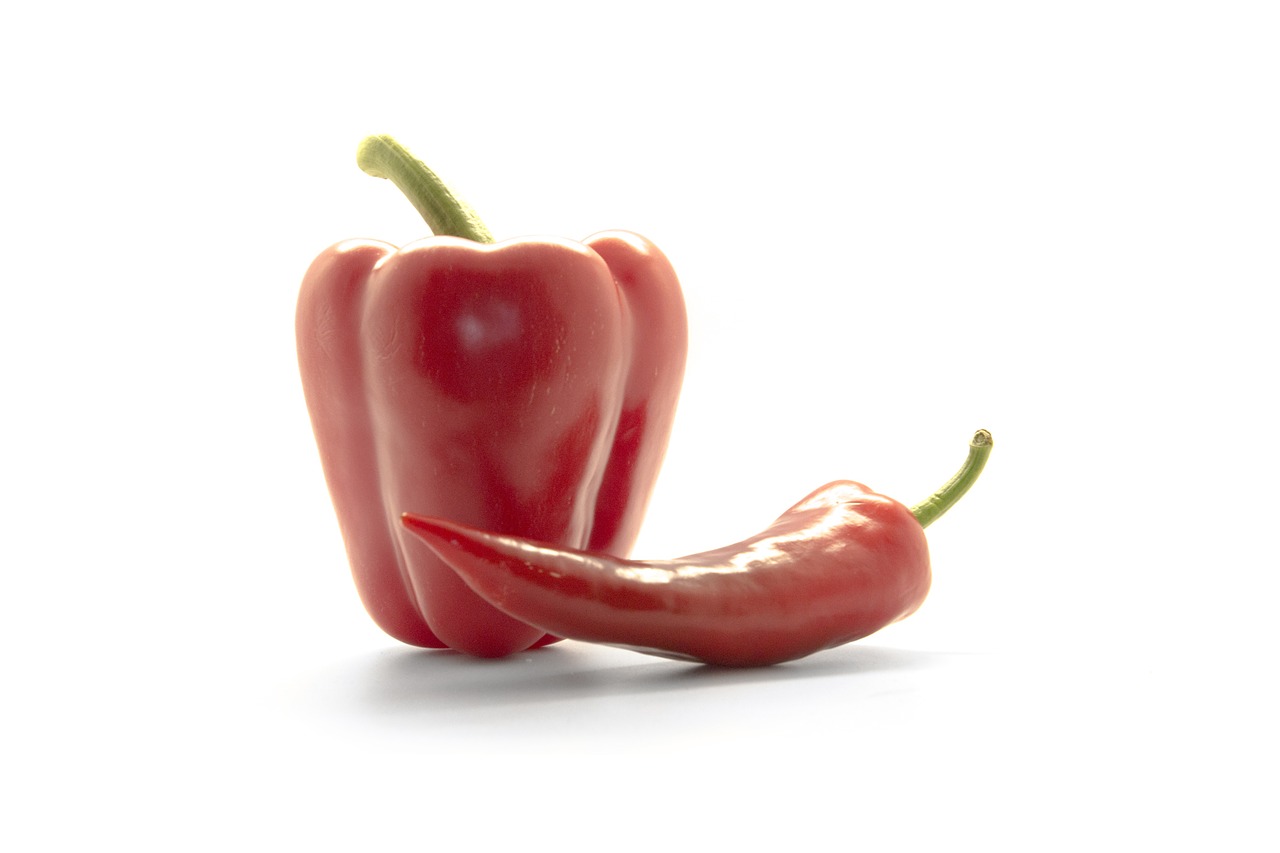 Capsicum fruits are bilocular berries, oblong-conical to ovoid-conical or ovoid in shape, 12 to 20 mm long and 4 to 7 mm broad. The pericarp is glabrous, somewhat shrunken, leathery and thin, more or less translucent and dull orange-red in colour. The fruit contains five to ten seeds in each loculus. The seeds are· disc-shaped, slightly pointed at one end, orange-yellow in colour, about 3 to 4 mm long, 2 to 3 mm broad and 0.5 to 1.0 mm thick. The hilum and micropyle are situated at the pointed end. A narrow, coiled embryo is embedded in the oily endosperm. The fruit often exhibits an inferior, greenish brown, 5-toothed persisting calyx and a 5 to 10 mm long, thin, straight or curved pedicel. Capsicum fruit has a characteristic odour and a strong pungent taste. Some cultivated varieties are however non-pungent. 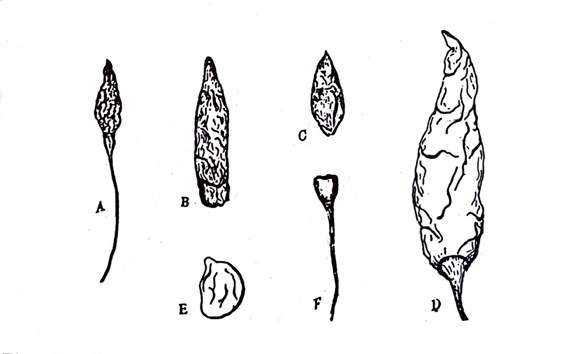 The pericarp is divisible into four distinct regions:

They form a number of islands in the endocarp beneath most of the cells of the large-celled layer. The seed epidermis con·sists of cells with wavy anticlinal walls and heavy lignified thickening of the horseshoe or beaker-shaped type. The polyhedral cells of the endosperm contain fixed oil and aleurone grains.

Capsicum contains 0.05 to 0.14 percent of a pungent principle, known as capsaicin. It also contains 1.5 percent of volatile oil, 0.2 percent of ascorbic acid, a small quantity of a volatile liquid alkaloid, a fixed oil, carotene, and a red coloring matter, capsanthin.

Capsicum is a stimulant and counter-irritant. It is used externally in the form of ointment and plaster. It is internally used as a pungent stomachic carminative and stimulant in the treatment of flatulence and dyspepsia.

There are large varieties of capsicum and chilies grown all over the world which are used as adulterants and substitutes for Capsicum minimum. These include Japanese chilies, Bombay capsicum, Natal capsicums, and Bird Pepper.