Cardamon is the dried ripe or nearly ripe fruits of Elettaria cardamomum Matan. var. minuscule Burkill, a rhizomatous reed-like plant of the family Zingiberaceae. Although the seeds are used medicinally or as a spice, they are not removed from the fruits until required for use.

Cardamon plants are cultivated in Sri Lanka and South India. 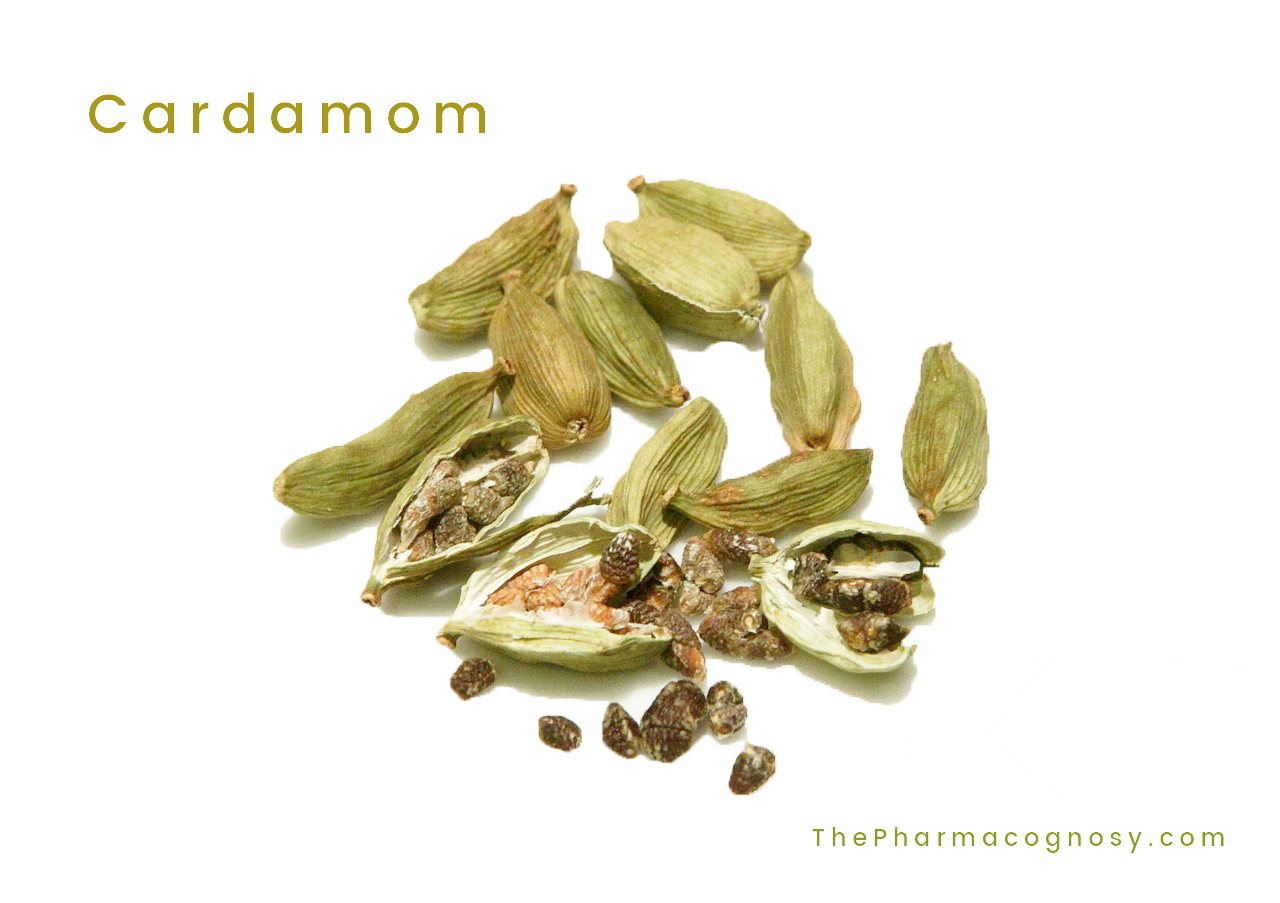 The fruit is a tri-locular capsule with a shortly beaked apex and a smooth or longitudinally striated surface, 1 to 2 cm long, ovoid or oblong, more or less three sided with rounded angles,· greenish to pale buff or yellowish in colour. Seeds 5 to 12 in number, up to 4 mm long and 3 mm broad, irregularly angular, often tapering towards the hilum, pale yellowish brown to dark reddish brown in colour. The surface has transverse wrinkles with a longitudinal channel, containing the raphe, running the length of the seed. The whole seed is enclosed by a thin, transparent arillus. Endosperm is small, translucent and is yellowish in colour. They are strongly aromatic in odour and taste.

Outer epidermis of the pericarp consists of irregular, polygonal cells with smooth straight walls. Mesocarp is composed of large-celled pitted parenchyma with intercellular spaces and occasional prisms of calcium oxalate, traversed by vascular bundles and groups of thick-walled, lignified fibers. Occasional oleoresin cells with brown content are also present in the mesocarp. The outer epidermis of the seed is composed of elongated cells which cross the sub-epidermal cells at right angles. Two or three rows of more of less collapsed cells occur below the epidermis. A single row of large oil cells occurs immediately below the collapsed cells. A layer of brown,-elongated sclerenchymatous cells forms the inner epidermis in which frequently occurs a warty nodule of silica. Endosperm and 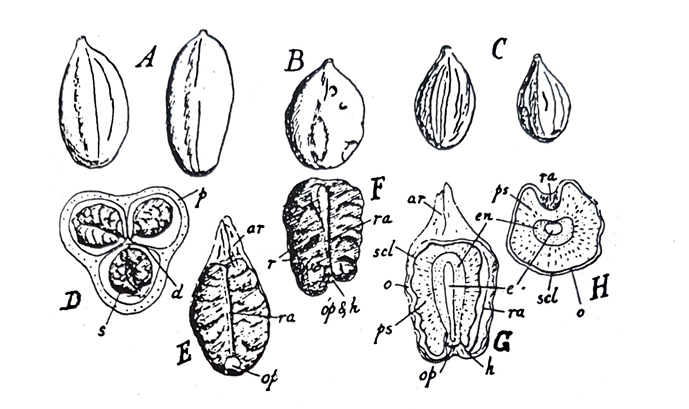 The pericarp of Cardamon fruits contains a small amount of volatile oil. The seeds contain 2 to 8 percent of volatile oil, 1 to 2 percent fixed oil, resin, and starch. The chief constituents of the volatile oil are cineole, borneol, and limonene.

Cardamons are used as a flavoring agent and as an aromatic carminative.