Drug Literatures and Publications record various information about drugs. In these publications, many technical terms and phrases are used for convenience and brevity in describing various aspects of their subject matters. Students pursuing a course in pharmacy should be familiar with these publications, literatures and technical terms for easy and better understanding of the course. Some of these terms and phrases are defined and briefly described below. 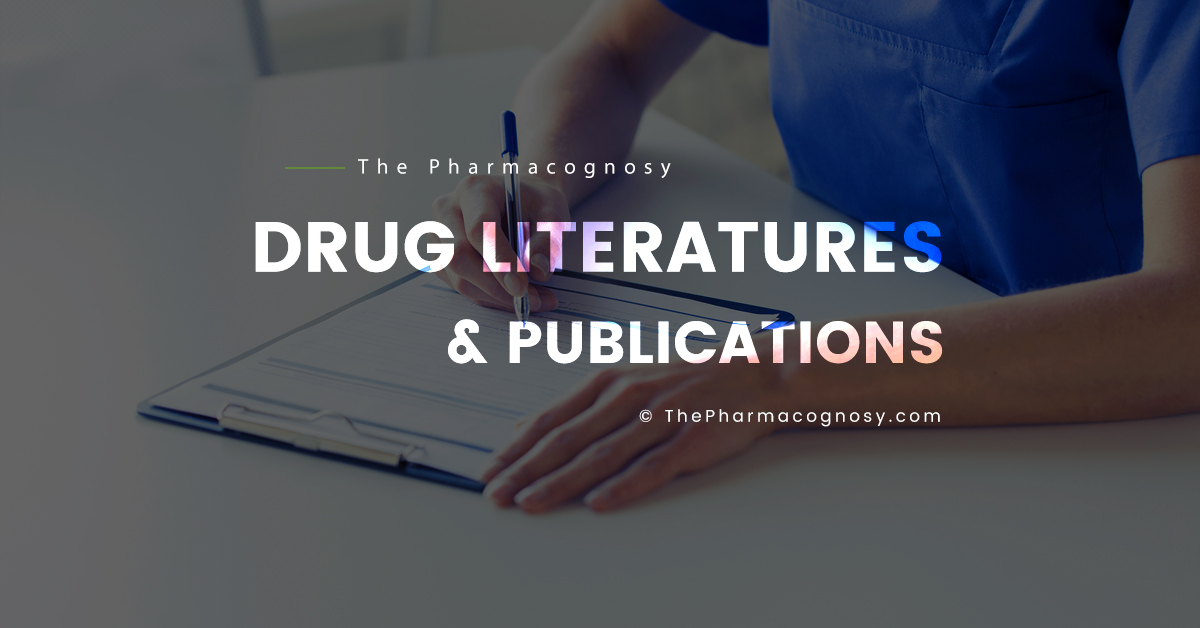 Drug: The term ‘drug’ refers to any article whether natural or synthetic having therapeutic and medicinal properties and used in the diagnosis, cure, mitigation, treatment or prevention of diseases in man and other animals.

Crude drug: Crude drugs are natural substances of plant, animal or mineral origin, which possess therapeutic properties and pharmacological actions and which have undergone no treatment other than collection and drying. That is, their quality or medicinal value has not been advanced or improved by shredding, grinding, chipping, crushing, distilling, evaporating, extracting, or by artificial mixing with other substances or by any other process or treatment beyond that which are essential for their proper collection, packing and prevention from decay or deterioration pending further processing. Thus the original molecular structures as found in nature remain unchanged or unmodified in these drugs.

Traditional medicine: Traditional medicines, when referred to the medicinal products, represent a group of medicinal preparations, which are prepared by ancient technology and according to the age-old wisdom of the medicinal virtues of natural substances and concept of disease, handed down from generation to generation. They contain whole or broken parts, powders, infusions, decoctions, extracts and distillates of various medicinal plants and other natural products including animal products and mineral substances or mixtures of these substances.

Traditional medicine, as a system of medicine or treatment, has been defined by the World Health Organization (WHO) in the following way:

“Traditional medicine is the sum total of all knowledge and practice, whether explicable or not, used in the diagnosis, prevention and elimination of physical, mental or social imbalance, relying exclusively on practical experience and observations handed down from generation to generation verbally or in writing”.

Herbal Medicine: The term ‘Herbal medicine’ refers to some medicinal preparations or compounds which are made of one or more plant drug(s) or medicinal plant(s) or its (their) parts and organs and are used in the treatment, cure, mitigation and management of various physical and mental diseases or ailments and external or internal injuries of man and other animals, They are composed of powders, pastes, infusions, decoctions, extracts, and distillates or naturally produced products of various medicinal plants. They may also contain some additional inactive or neutral ingredients (such as other substances of plant, animal or mineral origin) other than the active plant drug(s). The plant drug(s) in the preparations is (are) the active therapeutic agent(s) which cures (cure) the disease or heals (heal) the wound or injury’. The apparently inactive ingredients in the herbal medicine preparations probably serve the purposes of various pharmaceutic necessities or excipients or may also have some synergistic and catalytic effects on the therapeutic efficacy of these preparations.

Natural substance: These are substances found in nature which comprise whole plants or animals, their parts or organs, saps or secretions, extracts and other constituents, which have not had changes made in their molecular structures as found in nature.

Formulary: Formulary is a publication, which contains a list of patent medicines with their ingredients and brief notes on their pharmacological properties and therapeutic uses, published by the relevant authority of a country as a guide for practitioners of medicine and pharmacy. Many countries, including Bangladesh, publish their own Formularies listing the medicines, which are manufactured, imported, sold and used in that country. BDNF (Bangladesh National Formulary), BNF (British National Formulary), NF (American National Formulary) are some of the examples of such Formularies.

Monograph: The descriptive material pertaining to any drug or therapeutic agent or preparation included in the pharmacopoeia is known as the monograph. The monograph of a crude drug generally includes the following information on the drugs: official title, synonym, definition, rubric, description, special conditions of collection or preparation for the market, identity tests, tests for , adulterants, method of assay, storage requirements, amount of foreign organic matters, uses and doses.

Official drug: Any substance or drug (crude or prepared), which is included in the current issue of the pharmacopoeia of a country and is officially used for therapeutic purposes, is called an ‘official drug’.

Non-official drug: A non-official drug is a substance, which possesses some medicinal properties and is unofficially used for therapeutic purposes, but has never been included as a therapeutic item in the pharmacopoeia or any official Drug literature of any country.

Constituents: These are chemical substances that are present in the cells of some plant or animal organs. Constituents that exert some physiological or pharmacological actions on living organisms are referred to as ‘active constituents’ or ‘active principles’.

Extractive: The crude mixtures of chemical constituents that are removed from plant or animals by various extraction processes are called extractives.

Secondary metabolites: Most of the constituents of plants are represented by the secondary metabolites. These are substances synthesised or produced as by-products by plants during their normal metabolic activities. Apparently, they are of no primary use to the plant. They are therefore also regarded as ‘waste products’ of metabolism, which are usually accumulated in some parts of the plant and most often exert physiological activity on living organisms.

Flora: The term flora. refers to the plant population of a particular geographical area or country.

Indigenous: Plants and animals growing or living in their native countries are said to be indigenous to those regions.

Naturalised: Plants or animals are said to be naturalised when they grow or live comfortably in a foreign land or in a locality other than their native homes.