Fixed oils are oily substances obtained mainly from plant sources. They are produced in various organs of plants. Chemically, fixed oils arc glyceryl esters of various fatty acids. Different fixed oils differ from each other in the types of the fatty acids that form the oil. Chemically, they are similar to fats but differ in their physical state of occurrence. Fixed oils are usually oily liquids and the fats are generally solid or semi-solid substances. Fixed oils are non-volatile in nature and leave permanent translucent greasy spot on paper. Fixed oils are freely soluble in ether, chloroform and light petroleum. They are insoluble in and immiscible with water. Their specific gravity is less than 1.0, as a result of which they Goat on water. Many fixed oils are in use in pharmacy both as pharmaceutic necessities (excipients) and as solvents or carriers of a number of medicinal substances. Many of them also possess medicinal properties, e.g., Castor oil is used in the treatment of a number of diseases.

A representative example of fixed oils has been described below in the form of Monographs. 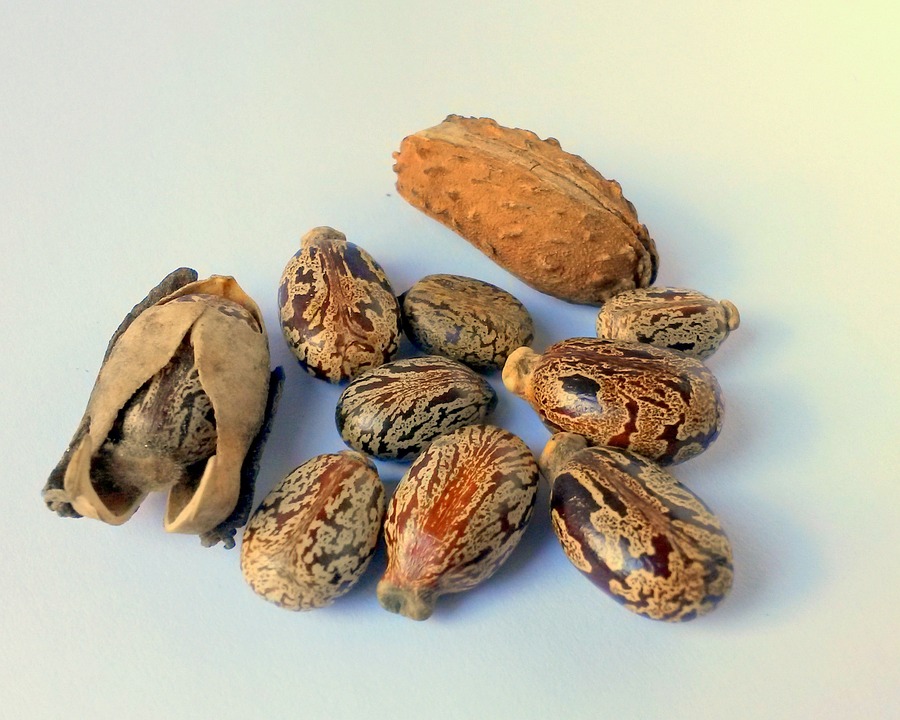 Castor oil is the fixed oil expressed from the seeds of Ricinus communis Linn., a small soft tree of the family Euphorbiaceae.

The plant grows abundantly in all tropical countries including Bangladesh, India, Nigeria, other tropical African countries, South American countries and Italy. The oil is produced m most of these countries.

Castor oil is a nearly colourless or pale yellowish, transparent viscous liquid. It has a mild odour and a bland, slightly acrid and unpleasant taste. Its specific gravity varies from 0.958 to 0 969. The oil is freely soluble in ether and chloroform, but sparingly in alcohol. When cooled at 0°C and maintained at that temperature for three hours castor oil remains clear.

Castor oil is used as a mild laxative and also as a lubricant.