Ipecacuanha consists of the dried, enlarged adventitious roots and slender rhizomes of Cephaelts ipecacuanha (Brot.) A. Rich. of the family Rubiaceae.

The drug is obtained from plants growing both wild and cultivated in the forests of Brazil. It has been successfully produced by cultivation in West Bengal, Burma, Singapore and Malaysia. 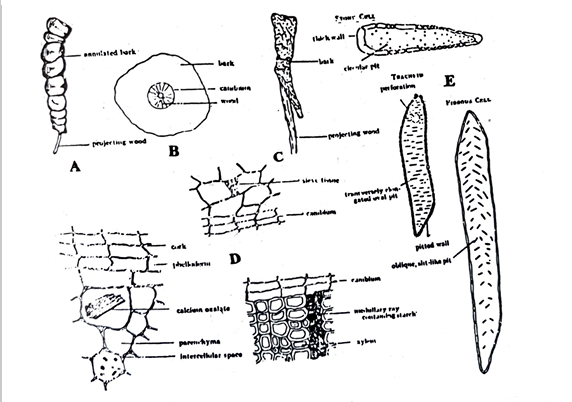 The root is tortuous and roughly cylindrical in shape. It occurs in pieces, 5 to 15 cm long and 4 to 6 cm thick. It is covered with an annulated bark, which is often separated completely from the wood. The bark is reddish brown to dark brown in colour and the wood is yellow. The drug has a short fracture usually with a characteristic fractured surface which is horny or starchy in the bark and splintery in the Wood. The transversely cut surface shows a distinct cambium, a Wide bark and a narrow, compact central wood. It has a slight odour and a bitter taste. 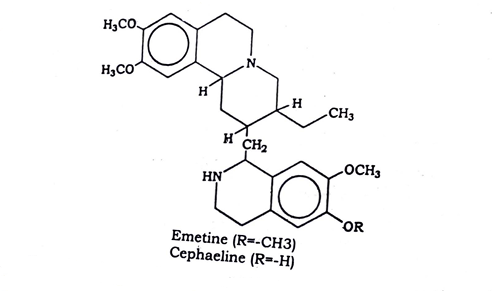 Uses: The drug is mainly used as an expectorant and emetic, and as a remedy for amoebic dysentery. It also possesses diaphoretic and cholagogue properties.