Linseed is the dried ripe seed of Linum usitatissimum Linn., an annual herb of the family Linaceae.

The plant is cultivated for its fibres, and seeds in South America, India, Bangladesh, Russia, Canada, the United States, and Holland. 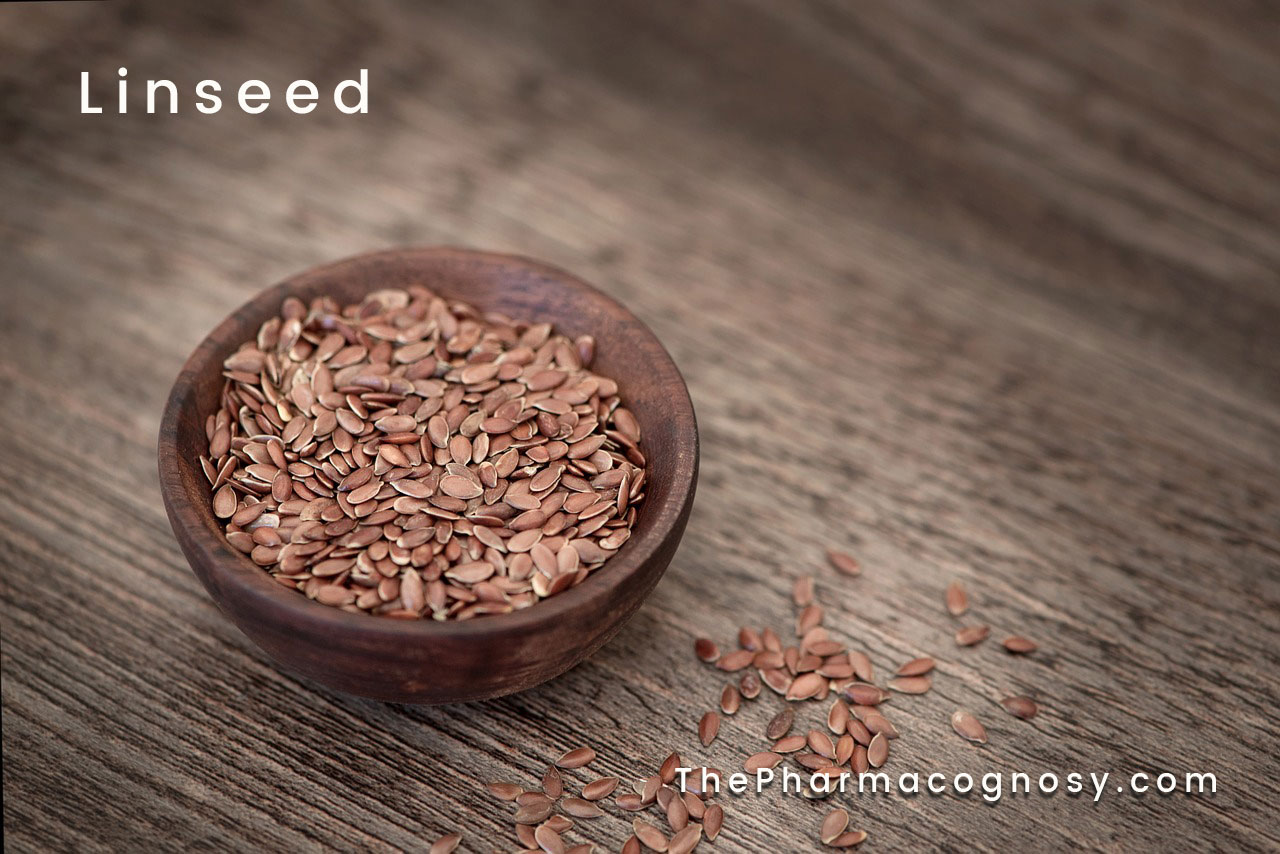 The seeds are produced in globular capsules, 10 seeds m each. They are elongated ovoid, flattened and obliquely pointed at one end, about 4 to 6 mm long and 2 to 3 mm broad. The hilum is in a slight hollow on the more acute edge close to the pointed end. The raphe is present on the acute edge and extends from the hilum to the distal rounded end of the seed. The testa is thin, brown, glossy and finely pitted. The endosperm is narrow surrounding a straight embryo, which is composed of two large plano-convex cotyledons and a radicle. The seeds are colourless and have a mucilaginous and oily taste. 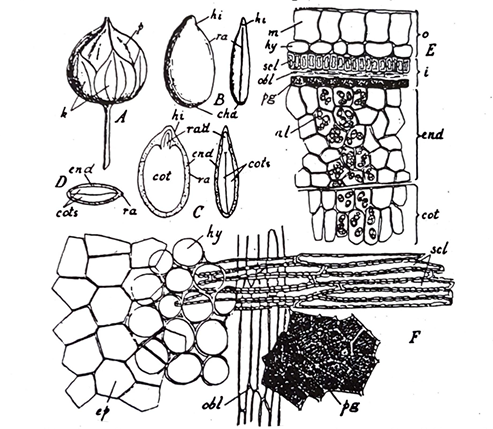 The testa consists of a mucilage containing outer epidermis with polygonal tabular cells, one or two layers of collenchyma forming the “round-celled layer”, and a single layer of elongated selerenchyma. Below this layer of lignified pitted sclereids is a thin multiple hyaline layers composed of collapsed cells. The inner layer of the testa, called the pigment layer, consists of a layer of flat sub-rectangular to polygonal tabular cells containing dark brown pigments. The narrow endosperm and the embryo consist of polyhedral parenchymatous cells containing fixed oil and aleurone grains.

The chief constituents of Linseed are the following: Fixed oil (30 to 40 percent), proteins. (25 percent), mucilage (6 percent) and a small quantity of linamarin (a cyanogenetic glycoside).