Nux-vomica consists of the dried seeds of Strychnos nux-vomica Linn., a small tree of the family Loganiaceae.

The plant grows wild in India, West Indies, and Cameroon and sporadically in Chittagong Hill Tracts of Bangladesh. 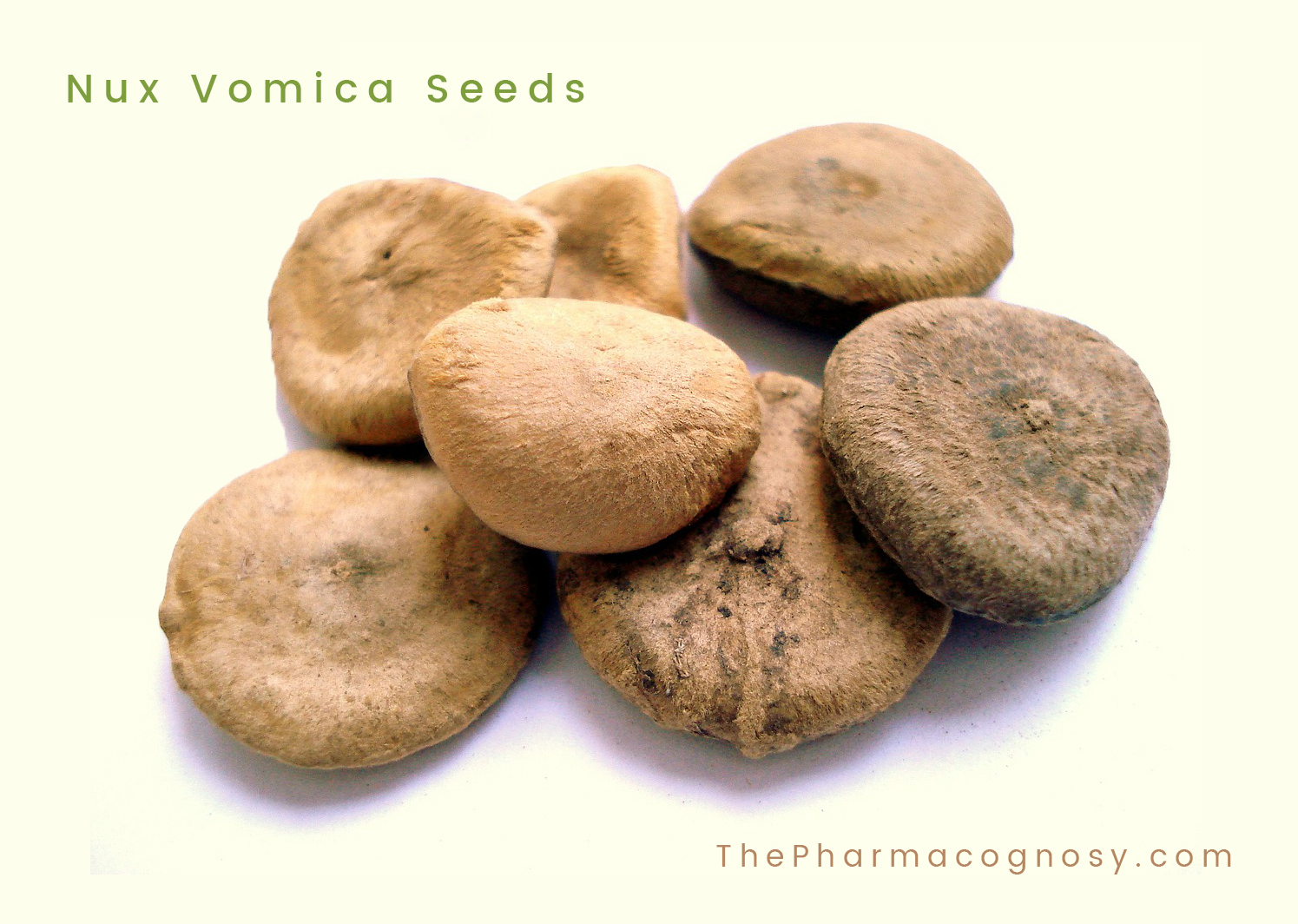 The seed coat is very thick, the epidermal cells of which are extended to form long stiff trichomes, 400 to 1000 um long and about 25 um is diameter. The walls are very thick, lignified and marked with oblique pits near the base. The trichomes are bent a short distance from the base and have about 10 longitudinal ribs. The endosperm is situated’ below the epidermis. The upper cells are elongated, thick-walled and constitute a palisade-like layer. The rest of the endosperm is composed of thick-walled cellulosic parenchyma. The cell walls are composed mainly of hemicellulose. Abundant fixed oil and aleurone grains occur in the endosperm cells. 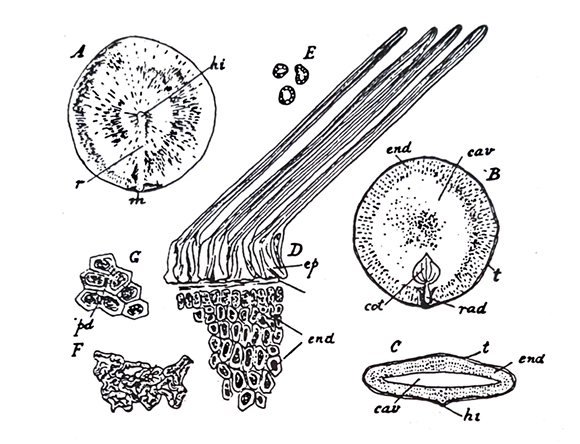 The seed drug Nux-vomica contains the indole alkaloids, strychnine (about 1.24 %) and brucine (about 1.5 %). It also contains caffeotannic acid, a glycoside, loganin, and a fixed oil. 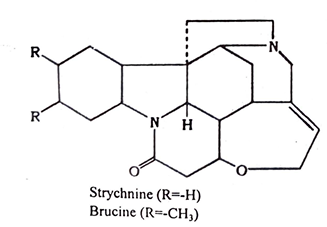 It is used as a bitter tonic and stomachic and is given in constipation. It increases blood pressure. Thus it is also useful in certain cases of heart failure. In large doses, it causes convulsions and thus is used in pharmacological research.

Dried seeds of other Strychnos species, particularly S. potatorum and S. nux-blanda have been frequently used to substitute and adulterate official Nux-vomica.