Opium is the dried latex obtained from the mature but unripe capsules of Opium poppy, Papaver somniferum Linn., a cultivated annual plant of the family Papaveraceae.

The official geographical sources of the drug are Turkey, Russia, Yugoslavia and India, where the plant is cultivated under strict Government control. The drug is also produced in China, Iran and some South-Eastern Asian countries. 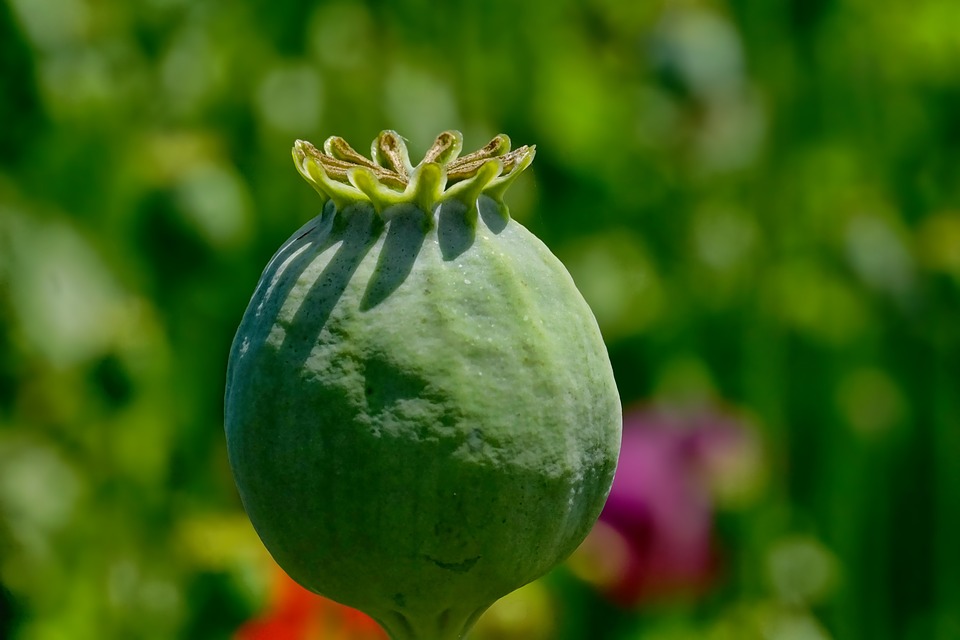 Opium occurs in rounded or rectangular masses, usually flattened, weighing between 250 and 2000 g. The outer surface is marked with various impression and often characterised by sticking leaf-fragments and pieces of various other packing materials. For example, Turkish government opium is characterised by the Turkish monopoly (TM) inscription on the individual blocks, which are covered with broken Poppy leaves or Rumex fruits. Yugoslavian opium, which occurs as rectangular cakes, have marks of wire-nettings and sticking chopped Poppy leaves. The Indian cubical or rectangular blocks of opium (weighing from 1 to 10 kg) are wrapped in grease-proof paper or plastic materials. Fresh opium has a plastic fracture with a granular or smooth fractured surface. It has a strong characteristic odour and a bitter taste.

When examined under the microscope, powdered Opium appears to contain abundant brown irregularly granular masses and particles of vegetable tissues. These tissues include outer epidermis of the capsule and pieces of the upper and lower epidermises of the leaf. Rarely small starch grains and pollen grains are also found. 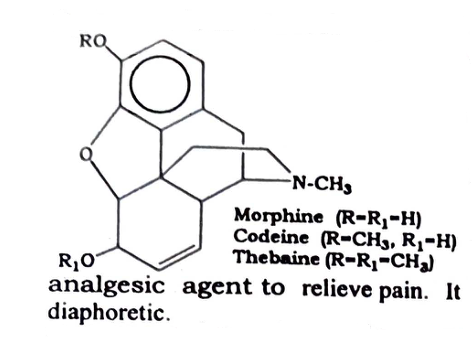 Opium is a narcotic drug, which is chiefly used as a strong analgesic agent to relieve pain. It is also used as a hypnotic drug and as a diaphoretic.