Resins are regarded as end products of destructive metabolism. They occur in special ducts or cavities in plant tissues. When dry they are usually hard, transparent or translucent amorphous solids, which readily fuse upon heating. Chemically, they are complex mixtures of acids, alcohols and esters. In the plant tissue resins occur in more or less homogenous mixtures with volatile oils (oleoresins), gums (gum resins) and both gum and volatile oils (oleogum-resins). They are of considerable pharmaceutical and therapeutic importance.

Examples of some resinous substances obtained from plants are described below in the form of Monographs.

Colophony is a solid resin prepared by distilling off the volatile oil from the oleoresin obtained from various species of Pinus (Family Pinaceae). 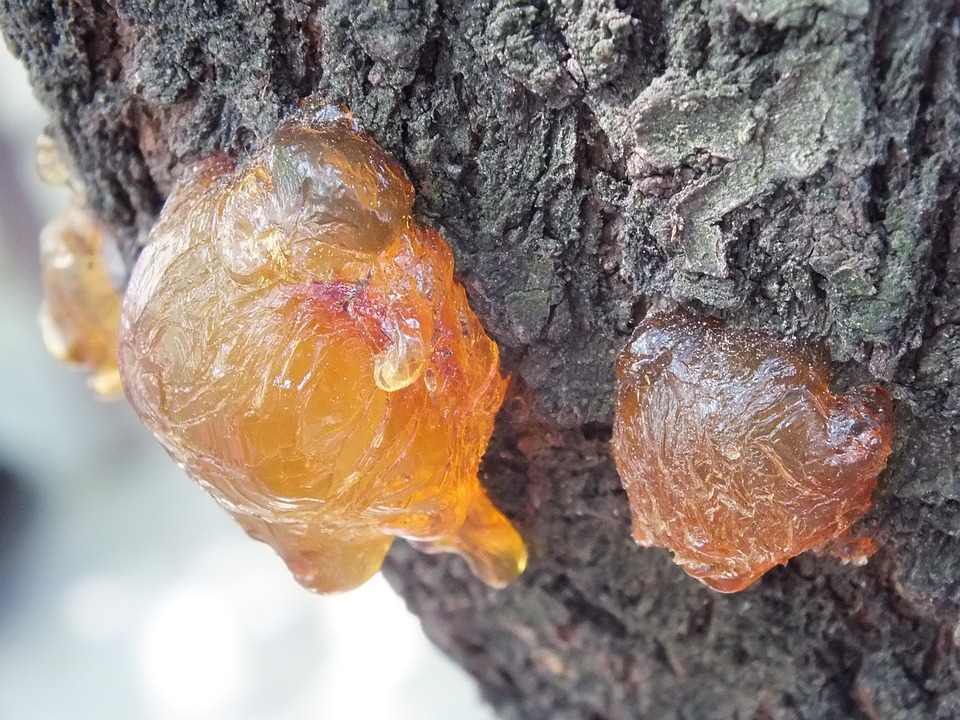 Colophony occurs as irregular, angular, glassy masses of variable size. They are pale or brownish yellow in colour, their fracture is brittle with smooth fractured surfaces, which are covered with yellowish-white powder. Colophony is insoluble in water, but soluble in alcohol, ether, benzene and glacial acetic acid. It possesses a faintly terbinthinate odour and taste.

Colophony principally contains 90% resin acids, the principal of which is abietic acid. It also contains resene, volatile oil and a bitter principle. 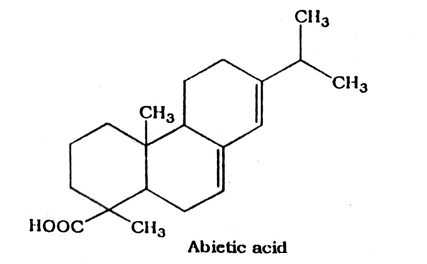 Colophony is used chiefly as an ingredient of ointments and plasters. It is principally used in veterinary medicine as an effective diuretic agent. Industrially it is used in the inks and floor coverings.