The plant is cultivated in China, Japan India and in many other countries of the world including Nigeria and Bangladesh. 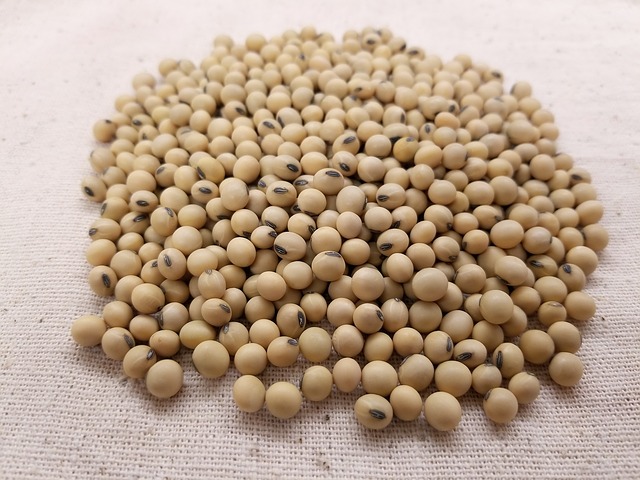 The seeds are rounded-ovoid in shape, 5 to 12 mm long, 4 to 8 mm broad and have a yellow or buff colour. Brown and black varieties also occur. The testa is tough and somewhat translucent. The hilum is present in the centre of one of the longer edges of the seed, 3 to 4 mm long; the micropyle is situated at one end and a small strophiole at the other. The embryo, which consists of two large plano-convex cotyledons, a small micropyle and plumule, completely fills the seed. They possess a bland taste and no distinct odour.

The outer part of the testa is made up of a palisade epidermis, which consists of polygonal prismatic cells with pitted and thickened anticlinal walls. The hypodermis consists of I-shaped “bearer cells”. The testa also contains some flattened parenchyma. Below the testa is a layer of aleurone cells. The cotyledons are compos~d of parenchymatous cells, which contain fixed oil and aleurone grains. Some of the parenchymatous cells of the cotyledons also contain prisms of calcium oxalate. Starch is absent from ripe seeds.

Soya Beans are used medicinally as a food for diabetics. They are used commercially to extract the edible fixed oil, which is used for cooking and for similar other purposes.