With the fertilized ovules transforming into seeds the ovary undergoes simultaneous appropriate changes and modifications in its structure to give am pie protection to the developing seeds. This secondarily developed and modified ovary enclosing the seeds is called the fruit. 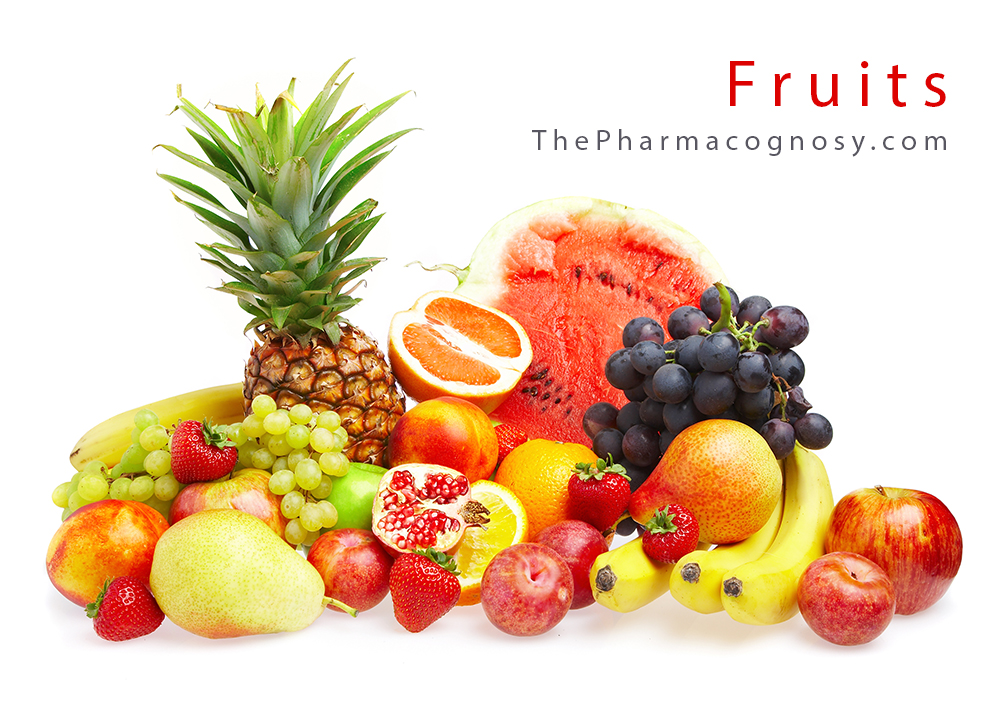 The epicarp is usually a one cell thick layer, but in. some cases may include one or more hypodermal layers as in Colocynth. The mesocarp forms the bulk of the fruit and maybe succulent or pithy, or it may consist of several layers of different types of cells or may be composed of spongy parenchyma. However, in all cases, the vascular strands ramify in the tissue of the mesocarp. The endocarp may consist of only one layer of cells or of several modified layers forming a thick woody structure. This woody structure, which is often called the ‘stone’, forms a hard casing of the seeds.

The external characters of fruit are manifested on its outermost covering the epicarp, which normally consists of a single layer of epidermal cells. The epicarp frequently possesses stomata, usually in small numbers. Well-formed solitary crystals (prisms) of calcium oxalate occur in certain cells of the epicarp of Coriander and Vanilla. Characteristic cells with thickened walls occur in the epicarp of Vanilla. The epicarp of some fruits remains covered with striated cuticles as in Aniseed and Caraway. Trichomes and hairs also frequently occur on the epicarp of many fruits, particularly the young ones.

Classification of The Fruits

In addition to the ovary, other floral members such as the thalamus or sepals or bracts and axis of the inflorescence may take part in the formation of the fruit. On the basis of this diversified development, fruits are broadly classified into three groups, viz., simple fruits, aggregate fruits, and compound fruits.

When the single ovary of a flower develops into a fruit with or without accessory parts, it is called a simple fruit. A simple fruit may be dry or fleshy. The dry simple fruits may be dehiscent or indehiscent when mature.

The dry dehiscent fruits of pharmacognostic importance include the following types:

Most of the simple dry indehiscent fruits of pharmacognostic importance belong to the following types:

The fleshy simple fruits of pharmacognostic value mostly belong to the following types:

Compound or multiple or composite fruits are formed when the whole inflorescence with its large number of flowers becomes fleshy and develops into a compact single fruit, as in Fig. Hops, Pineapple and Jackfruit.

There are a large number of fruits, which constitute pharmaceutically and commercially useful drugs. Some of them are described below in the form of Monographs as representative examples for the students so that they can also describe other fruit drugs.

1 thought on “Fruits – The Pharmacognosy”