Anatomical features or internal structures of plant drugs are very useful in assigning the morphological groups of powdered, sectioned, broken or mutilated crude drugs. Not only that, they often offer important diagnostic characters for identification of both entire and powdered crude drugs and detection of adulterants in them. ‘Thus a good knowledge of plant anatomy and histology is essential for a person handling crude drugs.

As the cells continue to divide repeatedly to increase the size and volume of the plant, they also undergo· modification and differentiation in their form and structure to give rise to different groups of cells. These groups of cells, called tissues, constitute various organs and perform various functions in the plant. Thus a tissue may be defined as a group of similar or dissimilar cells having a common origin and performing an identical function. Tissues are mainly of two types- 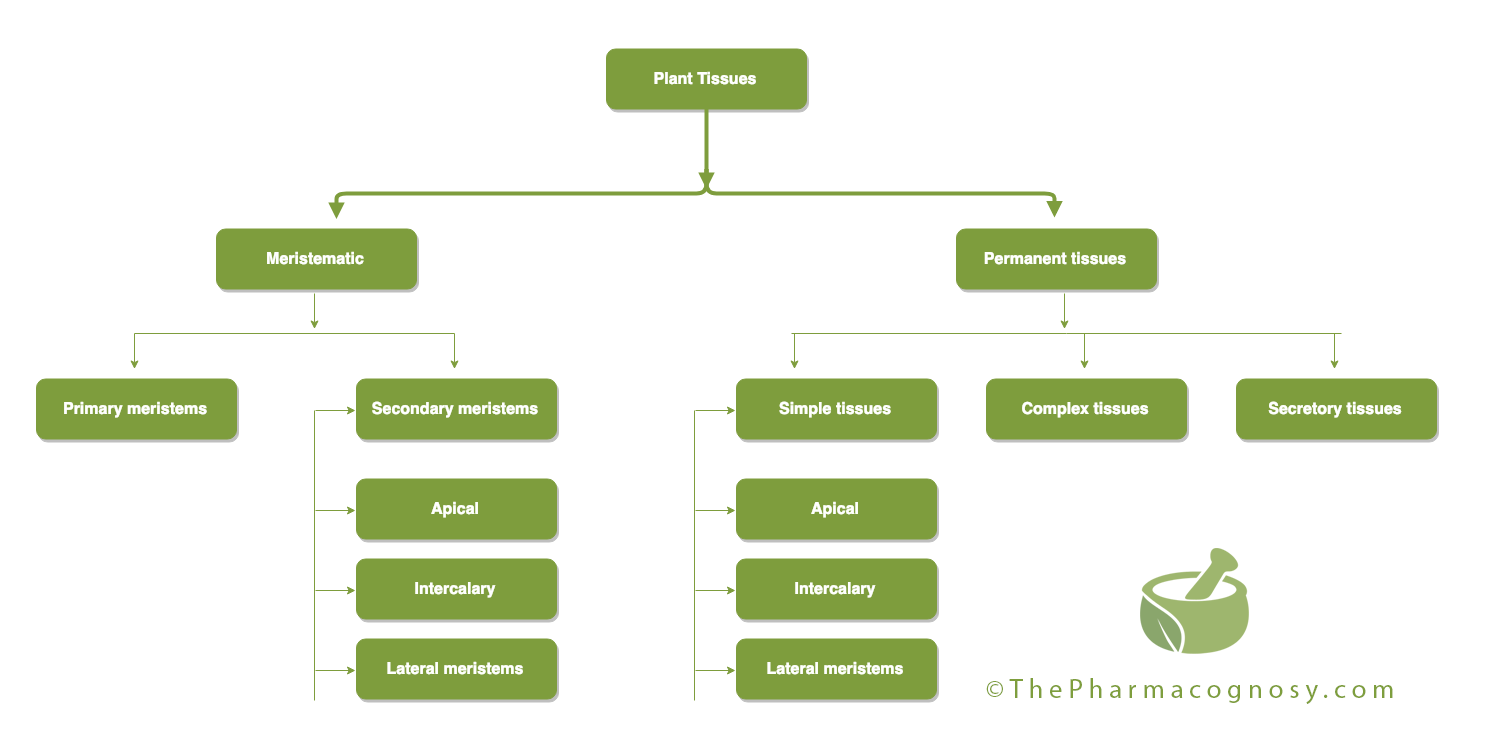 These tissues are composed of cells, which are in a state of division or are capable of undergoing division, if and when needed. Cells of the meristematic tissues (also called meristems) are spherical, oval or polygonal, having homogenous thin cellulosic walls, active cytoplasm, large nuclei and smaller or no vacuoles.

On the basis of origin and development, meristematic tissues are classified into two types:

Primary meristems develop from the embryo and remain meristematic throughout the life of the plant. The cells divide rapidly and become differentiated into primary permanent tissues, which make up the fundamental structure of the plant body, Cells or the primary meristems divide in three or more planes, i.e., in all directions.

Secondary meristems are derived from some primary permanent tissues. These tissues are not normally meristematic but under certain circumstances, like secondary growth, they become menstematic, i.e., acquire the powder of division, to give rise to secondary tissues, Examples of this type of meristems include the cambium of the root, the interfascicular cambium of the stem and the cork cambium.

On the basis of position, the meristems are classified into three types, such as

Apical meristems: Apical meristems are present at the apex of the stem and. root, representing their growing regions. They include the primary meristems and give rise to the primary permanent tissue. They are responsible for the longitudinal growth (i.e., growth in length) of the plant body.

A simple tissue is made up of one type of cells forming a homogenous mass and performing similar functions. On the basis of the structure of the cells and thickness of their walls, the following three types of simple tissues are recognized:

Parenchyma or Parenchymatous tissue: This type of tissue consists of a group of cells that are equally expended on all sides. The cells are spherical, oval or polygonal in shape with thinner cellulose walls and intercellular space between them. the parenchymatous tissues form the greater part of the plant body, particularly the softer parts are almost entirely composed of parenchyma. When a parenchymatous tissue contains chloroplast it. is called chlorenchyma, whose function is to manufacture food material. 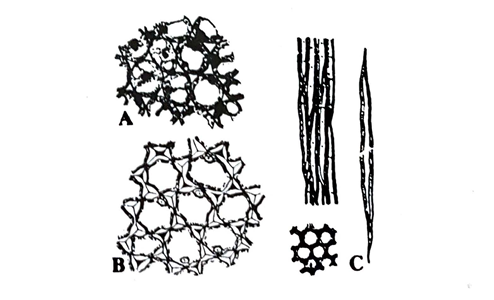 Collenchyma or Collenchymatous tissue: This type of tissue is composed of somewhat elongated cells with oblique, rounded or tapering ends. The cells are much thickened at the corners due to the deposition of cellulose impregnated with pectin. They look spherical, oval or polygonal in transverse sections. The cell walls are soft and they bear large simple pits on them. Collenchyma. is found in the outer region of the stem, in the petioles and midribs of the leaves. It does not occur in the roots. Being flexible in nature, collenchyma tissue gives tensile strength to the growing organs.

Sclerenchyma or Sclerenchymatous tissue: This tissue consists of long, narrow and thick-walled cells, which are usually pointed at both ends and fibre-like in appearance. They are also called sclerenchymatous fibres or simply, fibres. Their walls are highly lignified and are provided with simple pits. They often become so thickened, due to excessive lignification, that the cavity or lumen of the fibre becomes very narrow or nearly obliterated. Sclerenchymatous cells are abundantly found in plants, and usually occur in patches or definite· layers. Sometimes they also occur as single units among other cells. They are dead cells, and serve purely a mechanical function, that is, they give strength, rigidity, flexibility and elasticity to the plant body. Fibres vary greatly in their length. Plants like Jute, Cannabis and Flax contain very long fibres. The fibres are of great economic value. They are used both in pharmaceutical and textile industries. 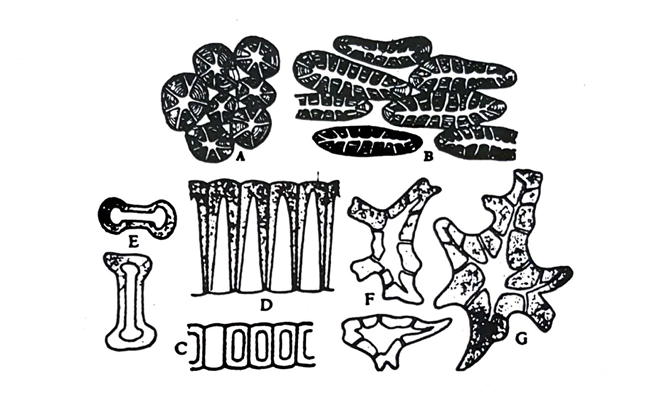 Sclereids or Stone cells: These are special types of sclerenchymatous cells, which develop in some areas of the plant body to meet local mechanical needs. Sclereids are very thick-walled, hard and highly lignified sclerenchymatous cells. They do not have any definite shape but are mostly isodiametric, polyhedral, short, cylindrical, slightly elongated or irregular in shape with very narrow or no cell cavities. Their walls are provided with many simple pits. They contribute to the hardness of the plant part where they occur. They may occur in the cortex, pith and phloem of hard seeds, nuts and stone fruits and in the leaves and stems of many plants.

Sclereids may be broadly grouped into the following four types: